The Sustainable Energy Council World Hydrogen series of events bring together governments and companies across the entire supply chain to drive forward the industry and ensure hydrogen plays a pivotal role in the energy transition.

Our esteemed World Hydrogen Advisory Board is made up of senior decision makers from across the hydrogen value chain. Our members meet regularly and give focus to the proceedings to ensure that key industry  challenges and opportunities are addressed. The results are highly relevant and solution-focused events across the World Hydrogen Series that encourage stakeholders from around the world to take action, meet industry players and do business together. 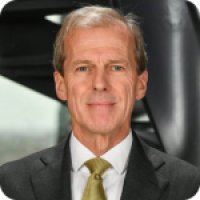 Allard Castelein is Chief Executive Officer of the Port of Rotterdam Authority since 1 January 2014.

Born in Rotterdam in 1958, Allard graduated in medicine at Erasmus University.

He started working with Shell in The Netherlands in 1987. For the first couple of years he held positions in Trading, Sales and Marketing. From 1992 he lived and worked in Malaysia, Hong Kong, Saudi Arabia and the United Kingdom in various positions in Marketing, Strategy, Business Development and General Management. Allard returned to The Netherlands in 2002 to join the Executive Board of the Nederlandse Aardolie Maatschappij, a Shell-Exxon JV. In 2003 he became Commercial Manager for Shell’s European Upstream business. In this capacity he led a major re-organisation and change management programme. In 2009 Allard was appointed Vice President Environment for Shell. He led the global Environment cluster and was accountable for strategy, standards, controls and strategic partnerships worldwide.

In addition to his position as CEO with the Port of Rotterdam Authority, Allard Castelein is 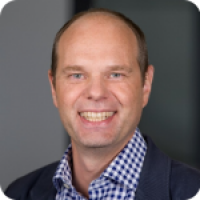 Paul Bogers was recently appointed as the VP for Hydrogen, looking after all aspects of Shell’s growing hydrogen business. In this role Paul will oversee Shell’s work in hydrogen as a fuel for transport and the growing business in industrial hydrogen.

Prior to taking this role, Paul was Shell’s VP for Fuel Technologies, leading a team of 200+ scientists and engineers looking after all fuels development, including actively shaping future fuels and alternatives.

Previous assignments in Shell included a range of commercial, technical and strategy roles in Shell’s aviation business and overseeing differentiated fuels and lubricants product development in the UK and US leading to a world’s first commercial flights on GTL Jet fuel as well as spearheading development of Pennzoil Pureplus – the first Motoroil born from Natural Gas.

Paul holds an MSc in Aerospace Engineering from Delft University of Technology in The Netherlands, and a post-graduate degree in fluid dynamics from the Von Karman Institute in Brussels. 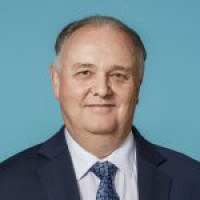 Andrew Horvath is Global Group Chairman of private research and development company Star Scientific Limited, where he oversees the business strategy and development behind the company’s breakthrough technology, HERO®. Mr Horvath founded Star Scientific in 1998 and his vision has been instrumental in transforming it to an international business. The company and its subsidiaries across Australasia, Europe and the United States are currently undergoing a rapid-scale up across its science, engineering, corporate and finance divisions. 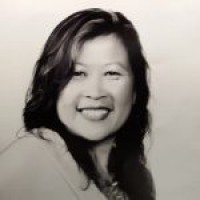 As the CEO of Hydrogen In Motion Inc. (H2M), Grace brings fiduciary accountability to the table with her CPA/CMA and MBA credentials.  Grace has a vast range of financial and managerial experience in private and public sectors from managing a Flying School, to working in a Provincial Minister’s office, to helping to manage the $250 billion dollar budget for the Treasury Board Secretariat of the Government of Canada.

Grace’s 10 year career in the federal government also includes working in foreign aid at the Canadian International Development Agency and in the Foreign (DFAIT), departments which have been combined to become the Department of Foreign Affairs, Trade and Development.  This varied experience gives Grace an insider understanding of the functioning of business and government.

In 2018 Grace Quan, CEO was recognized by BC Business magazine as one of the 50 Most Influential Women In STEM. 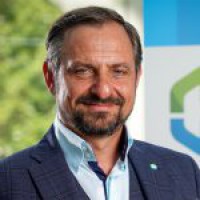 Jorgo Chatzimarkakis was appointed Secretary General of Hydrogen Europe in 2016. Before he was Representative of Infineon Technologies in Brussels and Member of the European Parliament (2004 – 2014) inter alia in the ITRE Committee (Industry, Technology, Research and Energy) where he could contribute to lay the cornerstone for the first and the second Joint Undertaking on Hydrogen and Fuel Cells. In 2007 he was elected “MEP of the year” by his colleagues of the European Parliament in the category “Research and Innovation”. In 2015 he was appointed ambassador at large for Greece.

Mr Chatzimarkakis was born in Duisburg, Germany. He holds German and Greek nationality, a degree in political science from the University of Bonn. 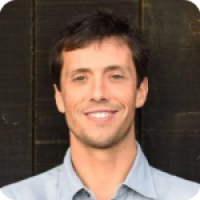 Max is currently the Head of the Fuels and New Energy Division at the Ministry of Energy, Chile. His Division is comprised of three Units: Hydrocarbons; Wood Fuels; and New Energy, the later responsibly of promoting the development of a green hydrogen industry in the country.

Before joining the Ministry of Energy, Max served as the Executive Director of the Solar and Energy Innovation Committee at the Chilean Economic Development Agency, Corfo. During his tenure, the Committee's work has been largely focused on increasing international collaboration and on the promotion of green hydrogen and other energy innovations as critical elements of Chile's energy transition.

Max previously worked at Corfo as Deputy Director of Strategy and Sustainability, supporting the Executive Vice President (CEO) in defining and implementing the institutional strategy, and providing prospective and exploratory information to identify upcoming trends. During this period, Max led a team to draft and promote the creation of the largest Technological Institute ever created in Chile - the Clean Technologies Institute - which will have a strong industrial focus on development, scaling and adoption of technological solutions in solar energy, low emissions mining and advanced materials derived from lithium and other minerals. The Institute will receive a public subsidy of up to US$190 million with an additional 30% of the total budget to be financed by the private sector.

His experience also includes working as an associate to the Energy and Corporate Group of Chile's largest full-service law firm, Carey & Co.

Max is on the Board of Directors of the Chilean Natural Resources Information Centre, CIREN (part of the Ministry of Agriculture) and as City Councilor for the Municipality of Zapallar; a well preserved seaside area in central Chile. He also contributes to several conservation initiatives, most notably to Corporación Bosques de Zapallar (http://bosquesdezapallar.cl/), Chile’s first Land Trust devoted to preserve a unique Mediterranean forest located in the country’s central coast.

Max graduated from Universidad de Chile, Faculty of Law and holds an MPhil in Environmental Policy, Department of Land Economy, from Cambridge University in the UK and undertook a Certificate Program in Innovation and Entrepreneurship at Stanford University Graduate School of Business. He was awarded with a joint full scholarship by the UK Government's Chevening scheme, the Cambridge Overseas Trust and British Gas Group. 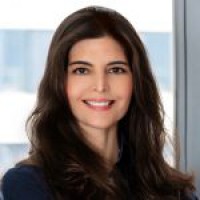 Alicia has led investment and strategy in global markets for nearly 25 years, managing private equity funds, market entry and finance for multinational companies and institutional investors across Australasia including the Middle East. She has focused on infrastructure, renewable energy, specialty chemicals/pharma, telecommunications, and technology. Before co-founding InterContinental Energy in 2014, she was a founding partner of Asia Pacific Capital Fund II and the Mongolia Opportunities Fund as well as MAP Capital, an industrial investment advisor in the Persian Gulf. Previously, Alicia led international strategy and acquisitions at Elan Biopharmaceuticals and was Vice President of Prudential Asia Infrastructure Mezzanine Capital Fund. She was a founding principal at NetFuel Ventures (acquired by a University of Chicago affiliate) and has held international strategy and investment positions at Gemini, Lend Lease, and AirTouch International (Vodafone). Alicia holds a B.Sc. in Economics from the Wharton School at the University of Pennsylvania and an M.A. in International Relations from the Fletcher School of Law and Diplomacy at Tufts University. 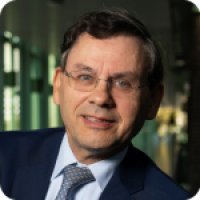 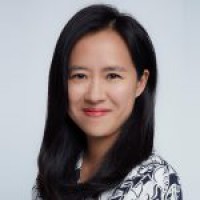 Ms. Wong is a co-Founder and Partner of H+ Partners.

H+ Partners, invests in companies that actively contribute to decarbonization or are developing new technologies to do the same. The H+ team has extensive investment experience in the decarbonization and hydrogen ecosystems across Asia, Europe, and the US.

She currently is the Lead Independent Director for Hyzon Motors, is a Board member of Protium Green Solutions, and serves on the Advisory Board for Enapter AG.

Ms. Wong graduated from MIT with a B.Sc. degree in Chemical Engineering and has an MBA from the Stanford Graduate School of Business.

Ms. Wong is an active member of her community. She has served on the global MIT Alumni Association Board of Directors and is currently on the MIT Task Force 2021 and Beyond Alumni Advisory Committee. 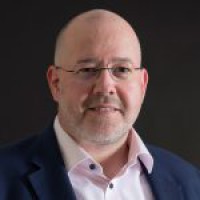 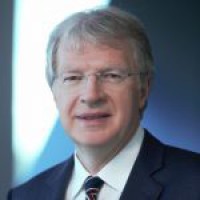 Dr. Burns joined Linde (formerly Praxair) in 2005 and, since then, has made significant contributions to the development of new business in the hydrogen and energy industries globally. Prior to Linde, Dr. Burns worked at Dow Chemical, where he held several business management roles. 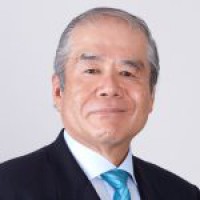 Shigeru (Sam) Muraki joined Tokyo Gas Co., Ltd. in 1972 after graduating from Applied Chemistry Department of the University of Tokyo. He was appointed chief representative in New York from 1989 to 1994. From 1996 through 2004, he worked at Gas Resources Dept. He was promoted to senior executive officer and CTO in 2004.

In 2007, he moved to Energy Solution Division in charge of marketing in commercial and industrial markets and power business. He was appointed Executive Vice President in 2010 and Vice Chairman in 2014. Since April 2015, he has been Executive Adviser for Tokyo Gas.

He was Program Director of Energy Carriers for SIP (Cross-ministerial Strategic Innovation Promotion Program) from June 2014 to March 2019.

He has been Representative Director of the Clean Fuel Ammonia Association since July 2019.

He was assigned to Regional Vice Chair, Asia Pacific and South Asia, of World Energy Council since May 2016.

He was awarded the Medal of Honor with Blue Ribbon in May 2017.

Over the past 23 years, Najla has worked in various onshore and offshore upstream Oil and Gas
operational roles as well as managerial and consultancy positions in Africa, Europe and the Middle East
at globally recognised companies including Vale, Schlumberger Business Consulting, IHS Energy, Shell
and Petroleum Development Oman (PDO). She possesses strong analytical and leadership skills with
track record in deriving and implementing strategies as well as business turnaround solutions.
Najla joined Oman Oil Company in 2013 and contributed her extensive experience in helping shape the
company’s strategic direction to fulfill the company’s objectives of maximizing value for Oman from its
resources. In 2016, Najla was appointed as Acting Executive Managing Director of Takamul Investment
Company, a wholly owned subsidiary of Oman Oil Company, which manages a number Oman Oil
Company’s Oman based investments. In 2020, Najla helped set up OQ’s Alternative Energy team and
was instrumental in transitioning it to a business line. She continues to be part of Alternative Energy
Business Line and is responsible for all Green Molecules Ventures. Under her leadership, OQAE has
announced 4 Green Hydrogen ventures in Oman so far with world renowned partners. These projects
should cumulatively contribute over 30 GW of renewable power to produce green hydrogen.
Najla has been a Board of Directors member of numerous companies under the OQ Group as well as
externally. She is currently the deputy chairperson for HSBC Oman. Najla holds a Bachelor of Science
degree with honours in Mathematics with Applied Mathematics/Mathematical Physics from Imperial
College, London. She also attained a Master of Science degree in Financial Management from the
University of London and participated in Schlumberger’s leadership programme at INSEAD, in France. 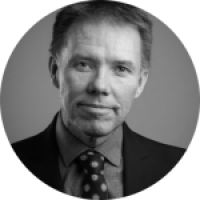 Opening Remarks from the Board
Read the Press Release

In Conversation with the SEC World Hydrogen Advisory Board

Meet the Board Members at our Upcoming World Hydrogen Events

Join Us in Our Mission Towards a More Sustainable World

Get in touch with our team to discuss how we can collaborate towards a greener future. Please contact Chris Hugall on +44 20 7978 0080 or email info@sustainableenergycouncil.com